Written by Dandelion Chocolate, our book, Making Chocolate: From Bean to Bar to S'more, includes everything we've learned about making chocolate since the day we first cracked open a cocoa bean. And now, we're really excited to share this special edition with you. These copies have been signed by all four authors - Todd Masonis, Greg D'Alesandre, Lisa Vega, and Molly Gore.

Our book is the first complete guide to making chocolate from scratch. You'll learn the simplest kitchen hacks, like winnowing with a hair dryer, and the complex science and mechanics behind making chocolate. We take a deep look into the nuts, bolts, and ethics of sourcing beans and building relationships with producers along the supply chain. And for ambitious makers, we include tips for scaling up production. There are also 30 recipes from our own pastry kitchen, including maybe the very best chocolate chip cookies in the world.

Greg D'Alesandre is Dandelion Chocolate's vice president of research and development and chocolate sourcerer. He travels year-round to build strong, trusting relationships with the cacao producers who partner with Dandelion Chocolate.

Lisa Vega is the executive pastry chef of Dandelion Chocolate. After years in Michelin-starred kitchens like Gary Danko and Providence, she now spends her time improvising unique strategies for working with single origin, two-ingredient chocolate.

Bean to Bar in San Francisco

We’re Dandelion Chocolate, a bean-to-bar chocolate maker in San Francisco’s Mission District. For over 10 years, we’ve been turning cocoa beans and organic sugar into pure dark chocolate. We travel and build lasting relationships with cocoa farmers and producers, then craft small batches of chocolate back home in our factory. With our minimal approach, we aim to highlight different beans’ distinctive flavor notes—from classic fudge to tangy fruit.

Beans and sugar.
That's all.

Good relationships are absolutely essential to procuring consistently good flavor. We work closely with the producers who grow, ferment, and dry the single-origin cocoa beans we source, so we can share this amazing cocoa.

We hope someday you'll join us at our San Francisco factory for a toasty s'more while watching chocolate makers craft beans into chocolate. In the meanwhile, we'll ship bars and truffles to your doorstep, host you for a virtual chocolate class, or answer (chocolate!) questions you might have via phone or email.

A little about us...

As a bean-to-bar maker, we first source our own beans, and then sort, roast, crack, winnow, melange, temper, and mold each bar we make. Our approach focuses on minimal ingredients, just cocoa beans and cane sugar (not vanilla, emulsifiers, or additional cocoa butter), so that the quality and flavor nuances of the bean shine through.

Our chocolate bars are made of just two ingredients: cocoa beans and organic sugar. We don’t add cocoa butter, soy lecithin, vanilla, flavorings, or preservatives, so the quality and flavor nuances of our beans shine. With a light hand and minimalist approach, we aim to highlight different cocoa beans' distinctive flavor notes — from classic fudge to tangy fruit.. 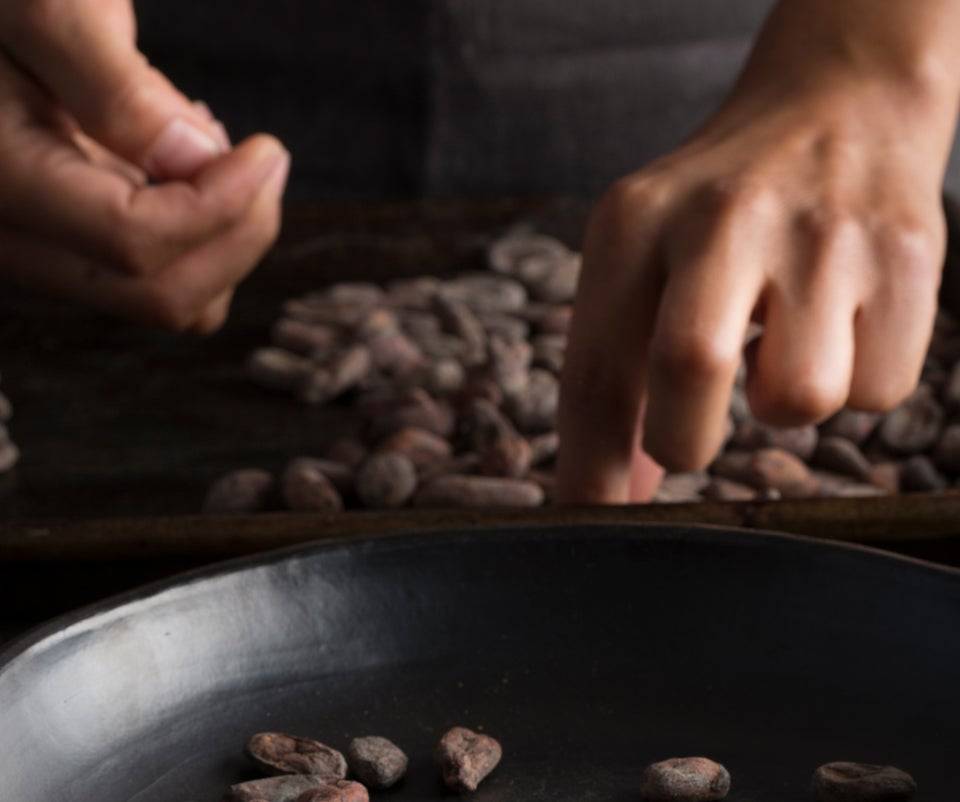 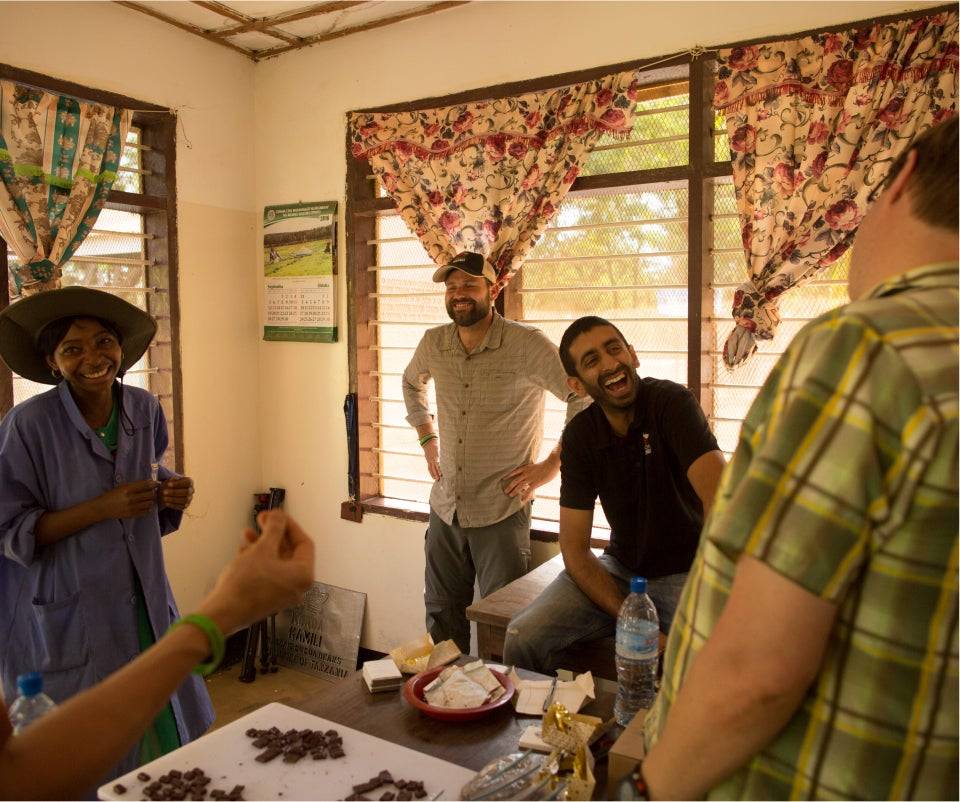 We Visit Each Origin to Build Lasting Relationships

When we look for cocoa beans, we look for good flavor and good people. Building trust is at the heart of what we do, and relationships are reciprocal. In addition to looking for good cocoa, we’re also interested in what our cocoa producers need from us — feedback on a new fermentation process, upfront capital to offset a bad season, or connections to other chocolate makers to grow business. Each year we publish the stories, numbers, and practices of our producers in our annual Sourcing Report.

We Work With Collaborators & Chocolatiers Worldwide

While chocolate makers make chocolate from cocoa beans, chocolatiers use finished chocolate to create truffles, bonbons, candy, and confections. Since we don’t add emulsifiers or additional cocoa butter to our chocolate, working with it requires extra time and attention. As a result, making truffles or chocolate-covered nibs with our chocolate can be especially challenging. Still, our collaborators remain undaunted, inventing new recipes and products each year. We celebrate their talents and share these crafted treats with you. 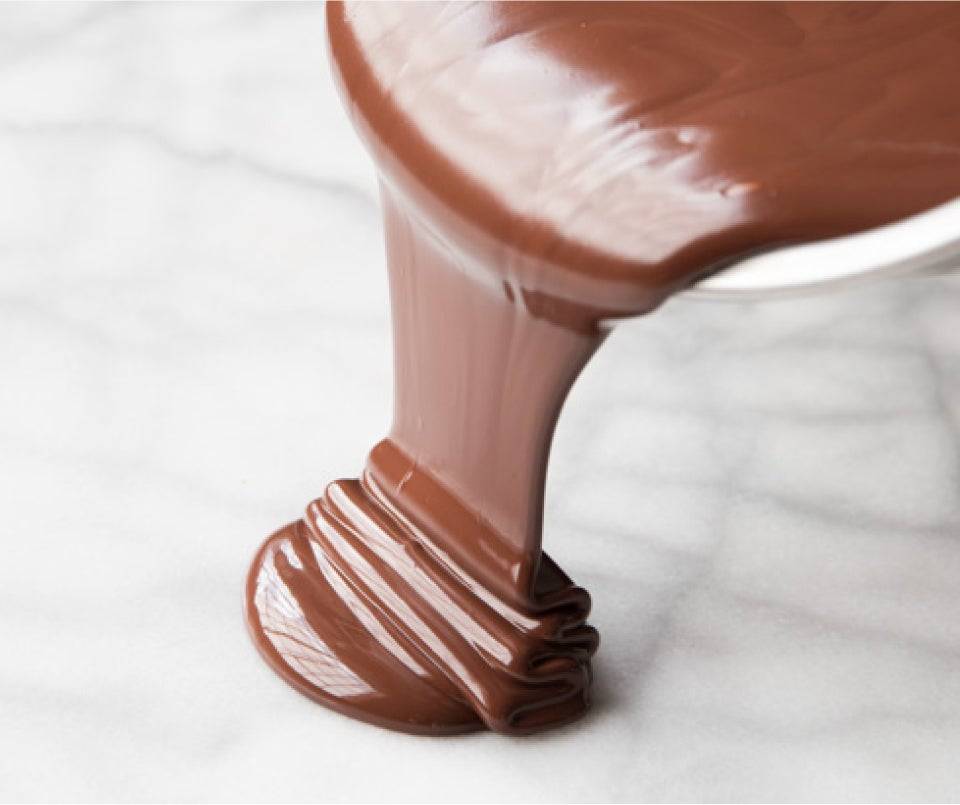 Join Our Virtual Classes to Experience Chocolate from a New Perspective

Our Chocolate Educators have been with the factory for many years, and share their perspectives on tasting single-origin chocolate, making treats at home, and experiencing chocolate in new ways. Our classes are available for individuals, families, and group events.

See Our
Chocolate-Making in
San Francisco

If you’re in San Francisco, we hope to soon invite you to stop by our café and factory in the Mission District to sip on a hot chocolate while watching our chocolate makers turn cocoa beans into bars of chocolate.